Aluminium Magazine is owned by Mukunda Software Inc.
Mukunda Software into the Business of Digital Marketing & Solutions. Offering an entire digital spectrum of services ranging from branding, technology adoption in business, designing webstore, Setup Social connections for digital presence, working with enterprises to help them reimagine their businesses to adapt to the digital world and be successful. 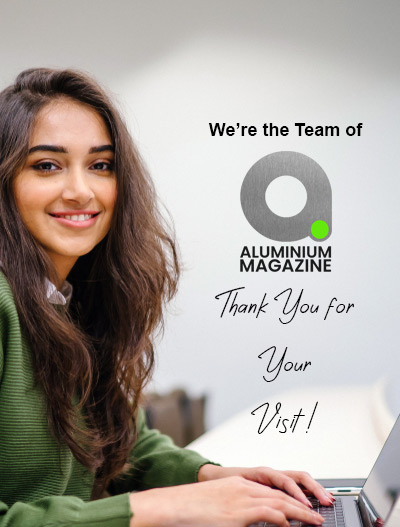 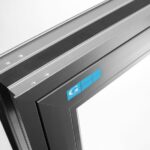 Did You Know Magazine

What is Aluminium? What are the Types of Aluminium and where it use..

Aluminium is a light metal which has a silvery white colour in its pure state and which is so soft that it can easily be stretched and used to make fine wires. It is also suitable for rolling into thin sheets or foils. Aluminium is the third most abundant element (after oxygen and silicon) and is very reactive. For this reason it only exists in chemically bonded form.

The Dane Hans Christian Oersted discovered the element of aluminium in 1825 when he deconstructed alumina into its elements. This is where aluminium gets its name from, derived from the Latin word for alum, “alumen”. Two years later the German chemist Friedrich Wöhler was successful in producing aluminium powder. At this time aluminium was still more valuable than gold and had a higher price.

Aluminium is not only used particularly in the packaging industry, but has also primary choice in house & building improvement (Windows, Doors & Facades) & vehicle construction for some decades now, due to its low density. By combining it with magnesium, silicon and other metals, an alloy can be manufactured from aluminium with a strength similar to that of steel. The metal is also used in aircraft construction and in space technology. Because of its electrical conductivity aluminium is also used as a conductor material in power lines.

Today, aluminium is required in every industrial sector. Its specific qualities make it indispensable in many areas of application, such as the transport and construction industry, mechanical engineering or the packaging industry. Aluminium is not only very light but also very strong. It hardly corrodes and can also be recycled very easily.

Aluminium is produced primarily in China, Russia and the USA, while the most significant aluminium ore deposits can be found in India, Australia, Guinea, Brazil, Jamaica, Guyana and Indonesia.

What is Aluminium & How is Made?

Hydrated alumina, better known as bauxite ore, is what’s mined from the Earth’s crust and refined to extract aluminium. Once extracted from the bauxite, pure aluminium is often much too soft and ductile for commercial use.

For this reason, aluminium is almost always combined with other alloying metals or elements. These commonly include copper, magnesium, manganese, silicon, tin, and/or zinc. By creating an aluminium alloy, the overall strength of the metal is improved as well as many other varying physical properties necessary for application.

Pure aluminum is extremely soft, and often not strong enough for commercial uses and building projects.

In order to fix this, pure aluminium is mixed with other elements such as iron, silicon, copper, magnesium, manganese, and zinc. By alloying with these other elements, aluminium’s properties such as strength, density, work ability, electrical conductivity, and corrosion resistance are enhanced.

During the aluminium alloying process, three different types of alloys can be produced depending on their attributes and what methods are used to treat them: commercially pure, heat-treatable, and non heat-treatable.

After Aluminium alloying these series comes out.

It is known for its superior corrosion resistance, formability, conductivity, and high weldability. It is not used in applications that require high strength or hardness. 1100 is non-magmetic, weldable, and not heat treatable.

2011-T3(Trade Name) aluminium boasts good machine ability, especially free-cutting qualities, and good mechanical properties. It also has excellent surface finish capabilities. When machined, chips of the metal break off small and easily, allowing for smooth finishes and tight tolerances. Weldability, strength, and anodizing response are all rated as average at best, and this alloy does not have a high level of corrosion resistance.

2011 is typically used for screw machine parts, small precision gears, and precision machine parts such as clock, camera, and speedometer parts.If the ability to make your parts quickly and easily is the most important, and strength is not the primary desire, 2011-T3 is an excellent option.

Copper is the main alloying ingredient in 2024 aluminum. It is very strong compared to most aluminium alloys, and has average machin ability, but the copper component of this alloy makes it susceptible to corrosion. Many items in this alloy are produced with a clad surface to protect the underlying material. In addition, 2024 is not considered to be weldable.

Finally, the fatigue resistance of 2024 make it a primary choice when the application is expected to be under stress or strain for prolonged periods. It is typically used in aerospace applications, bolts, clock parts, computer parts, hydraulic valve parts, nuts, pistons, and gears. If you need durable and strong aluminium material, this is an excellent choice.

3003 aluminium is is highly workable, formable, and weldable, with exceptional corrosion resistance. It is an alloy that is particularly popular for outdoor projects that require extensive forming or joining operations. It is typically used in chemical tanks, trim, pressure vessels, piping, and decorative parts.

5086-H32 aluminium is frequently found in marine applications, with higher strength capacity than aluminum 5052 or 5083. 5086 has superior corrosion resistance, moderate strength, and good formability. 5086 is non-magnetic, easily weldable, and heat treatable. It is typically used in pressure vessels, cryogenics, towers and rigs, oil/gas piping, and armor.

6060 aluminium is a medium strength alloy more closely related to 6063 than to 6061 but will have more magnesium than 6063. This alloy is mainly found in Europe with metric sizes and is commonly heat treated to a temper with higher strength but low ductility. 6060 alloy is very good for anodizing. It is typically used in including, doors and windows frames, Electrical components and conduits, Tube for irrigation systems, Curtain Walls, Lighting, furniture and picture frames, Carpet edging, Railings and fences, Applications where surface finish is important The main alloy ingredients of 6060 aluminium are magnesium and silicon.

6061 Aluminium is, by any measure, the most commonly used aluminium alloy in the world. It is useful in almost any application due to its strength, heat treat ability, comparatively easy machining, and weldability. If that were not enough, it is also capable of being anodized, adding a layer of protection for finished parts. It is typically used in aircraft components, cameras, couplings, marine fittings and hardware, electrical components and connectors, decorative hardware, pins, brake and hydraulic pistons, valves, and bicycle frames.

6063 aluminium is the most popular alloy for extrusion and so it is a natural consideration. This alloy is widely used in architectural applications. Because of this, it is often referred to as architectural aluminum.

The T6 refers to the temper or degree of hardness, which is achieved by precipitation hardening. This grade has a good strength-to-weight ratio and is also heat-treatable. With great formability and weldability, it is used for engineering and structural applications, doors, windows, furniture, and more.

6101 is best suited for applications involving moderate strength and maximum electrical conductivity.It is typically used for electrical bus bars where mechanical strength is also a requirement.

6351-T6 Aluminum Rod is made up of an aluminum alloy with 96% aluminum, silicon, magnesium, manganese, iron, zinc, titanium, copper and other elements in the composition. The melting point is 600 °C (1110 °F) lower than stainless steel (1400-1510°C). The material has a good thermal expansion and electric conductivity. The aluminum 6351 alloy is used in manufacturing tubes and pipes. These pipes and tubes are used to make Ladders.

7050 Aluminum is similar to the other popular 7000 series aluminum alloy 7075, however it is less quench sensitive. This allows the alloy to maintain strength properties over time better than other high strength alloys, especially in thick sections. 7050 T7451 also displays better corrosion resistance, exfoliation resistance, and toughness than standard high strength alloys making it very popular in the aerospace industry where it is used for bulkheads, fuselages, and wing skins.

7075 aluminum is one the strongest aluminum alloys. Its high yield strength (>500 MPa) and its low density make the material a fit for applications such as aircraft parts or parts subject to heavy wear. Its principal alloying ingredients are zinc and copper, which make it one of the highest-strength aluminum alloys that are available.It is typically used in aircraft, missiles, spacecraft, and other defense applications.

How useful was this article?

Give us a star!

No votes so far! Be the first to rate this post. 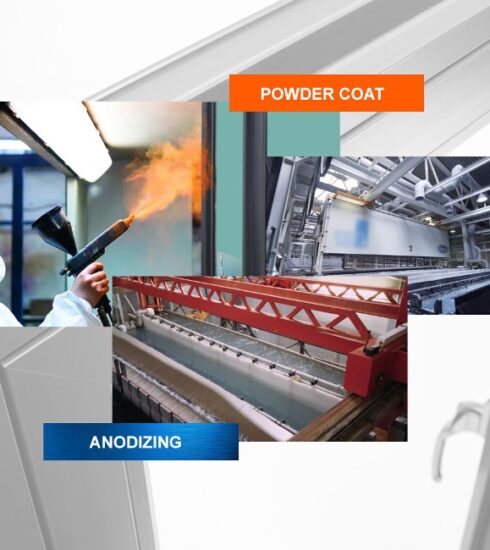 Powder Coat or Anodizing. Which one is Better for Aluminium Door Windows? 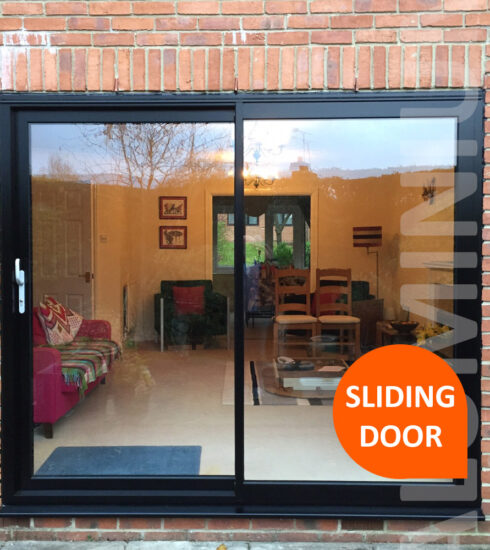 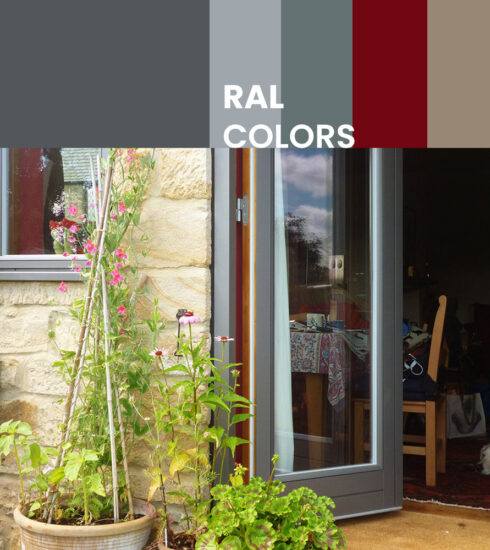